UbuntuDeal, which was launched in late 2010, provides daily offers of 50% to 90% discount on restaurants, spa, massages, entertainment, travel, and much more! After establishing itself as a leading Daily Deals website, UbuntuDeal was acquired by bidorbuy.co.za in April 2011.

UbuntuDeal  has recently upgraded its looks and currently  provides deals in all the major cities in South Africa. In addition to having deals in specific cities, UbuntuDeal also has a very active Travel section that contains a few new deals every week. Tough updated less frequently, the site also has a Wine, Products and National Deals categories. 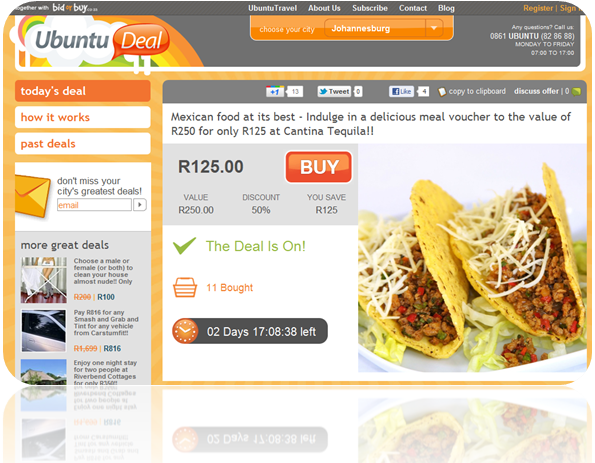 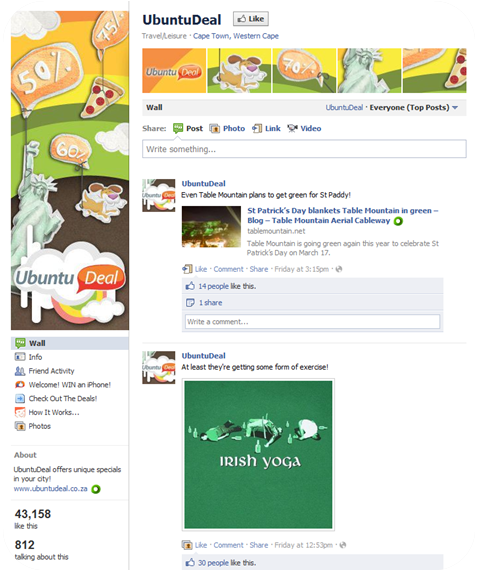 For more information check all the live deals by UbuntuDeal or visit: