Established in late 2011 by the previous owner of the Grans Daddy Hotel in Cape Town (Hence the name Dadduy’s Deals) and with a lot of love from Kulula, Daddys Deals offers some of the best holidays and vacation offers in South Africa, deals in the best restaurants in town, spoiling massage and spa deals and a lot more…

Having Kulula as its Daddy, Daddys Deals has offered flight deals and travel deals several times in the past. An example of such deal is the Fly high with kulula.com: Pay R125 and get R250 off any kulula flight, to any domestic destination, at any time, which sold out soon after it went live (So make sure that you won’t miss their next super hot deal). 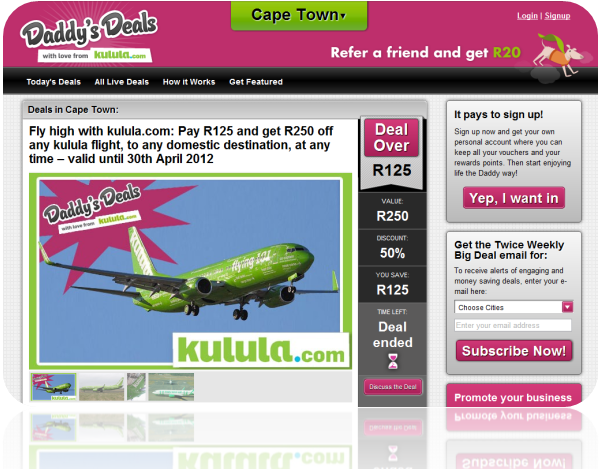 For more information check all the live deals by Daddy’s Deals or visit: