CitySlicker was launched in April 2011 after the success of its sister French site. The site offers discounts of 50% to 90% on entertainment, products and service, and has a great customer service that is known to treat both customers and businesses equally well.

CitySlicker initially launched its service in Cape-Town, but after a strong start, the service has gradually expanded to Johannesburg and Pretoria

The company, which  is managed by CEO Olivier Chas, has recently closed its Series A funding – so you can expect the site to continuously expand to other major cities South Africa. 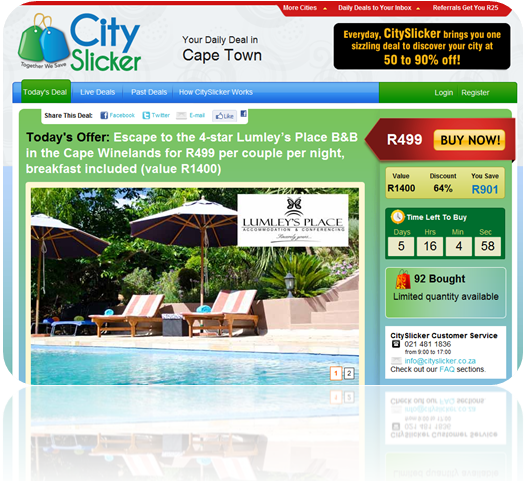 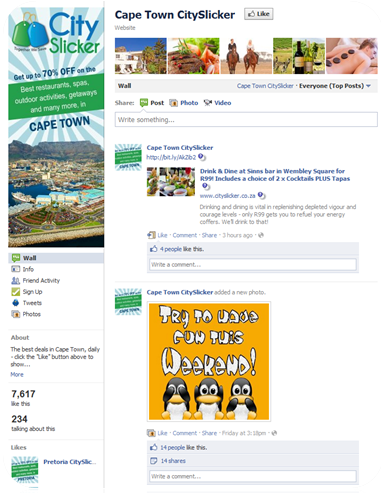 For more information check all the live deals by CitySlicker or visit: