Citymob was Founded in November 2010 by three local entrepreneurs: Claude Hanan, Luke Jedeikin and Daniel Solomon, and launched in May 2011. Initially, Citymob started of as a standard group buying site and brought cool into group buying with great locally lifestyle deals.  In February 2012, Citymob has closed its standard group buying service and in March 2012 re-launched the site to offer  its daily curated sales.

Citymob aims to “curate the city cool”  by offering exclusive lifestyle deals and discount offers on premium products. The site now offers restaurant discounts in some of the best restaurants in town, movie and theater discounts, discounted designers offers and many other lifestyle related quality deals.

Citymob offers exclusive local daily deals in Cape Town, Johannesburg and Durban but also have a National deals section that offers country-wide deals. Though it is still too soon to tell how successful will the new website be, looking at the popularity of the deals in the first month, it looks like the new site is going to be a hit. With exclusive, high quality deals, Citymob has the opportunity to make a change in the group buying scene in South Africa. 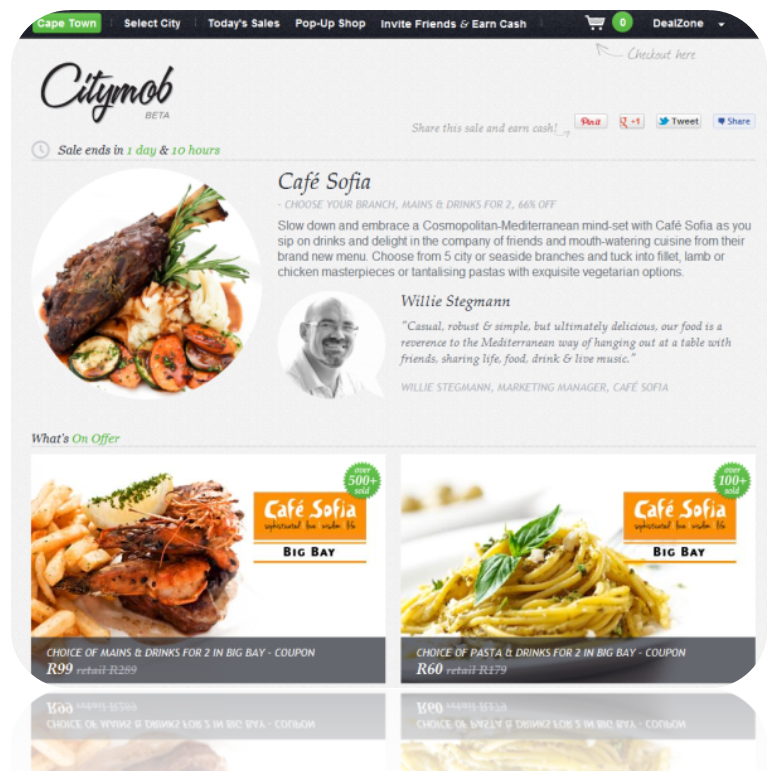 For more information check all the live deals by Citymob or visit: