Groupon the largest group buying site in the world, first established in the US, the site offers great discounts on products and services such as Restaurant Deals, Spa Deals, Massage deals, Vacations and Travel deals, Hair Salon Deals, Fashion Deals and much more…

Groupon is currently the largest daily deals site in South Africa and have received the most attention among all daily deals sites. Groupon has received mixed reviews about its level of service and though Groupon’s site’s clearly states that the company will “make things right” in case of issue arising, many people have complained about the level of service received (as can be seen on HelloPeter).

Nonetheless, Groupon is by far the leading site in South Africa both in terms of the variety of deals that it offers and its customer reach. Since the final site was launched in August 2011, it has changed the group buying market in South Africa and has made it grow many times than what it was in 2010. It will be interesting to see how Groupon will advance in 2012 and what new surprises will they bring to the group buying arena.

In the meantime, you can take a look at how the Groupon South Africa site looks like 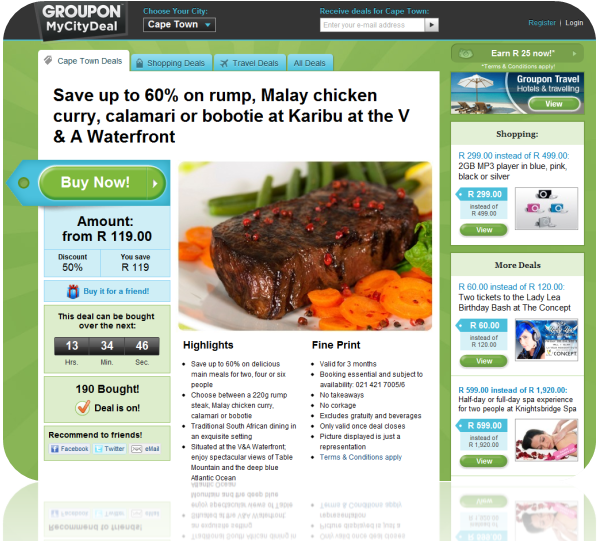 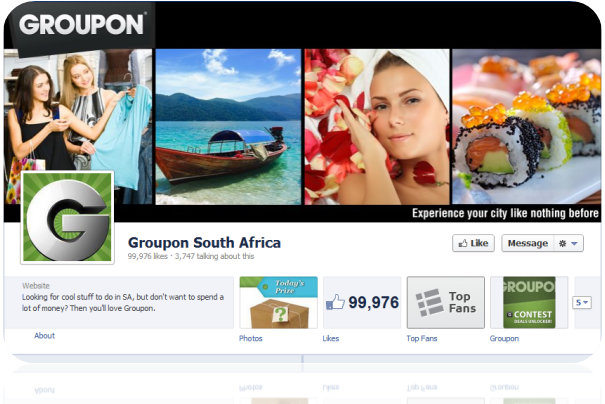